This post may contain affiliate links, which help keep this blog up and running. Thank you for your support! 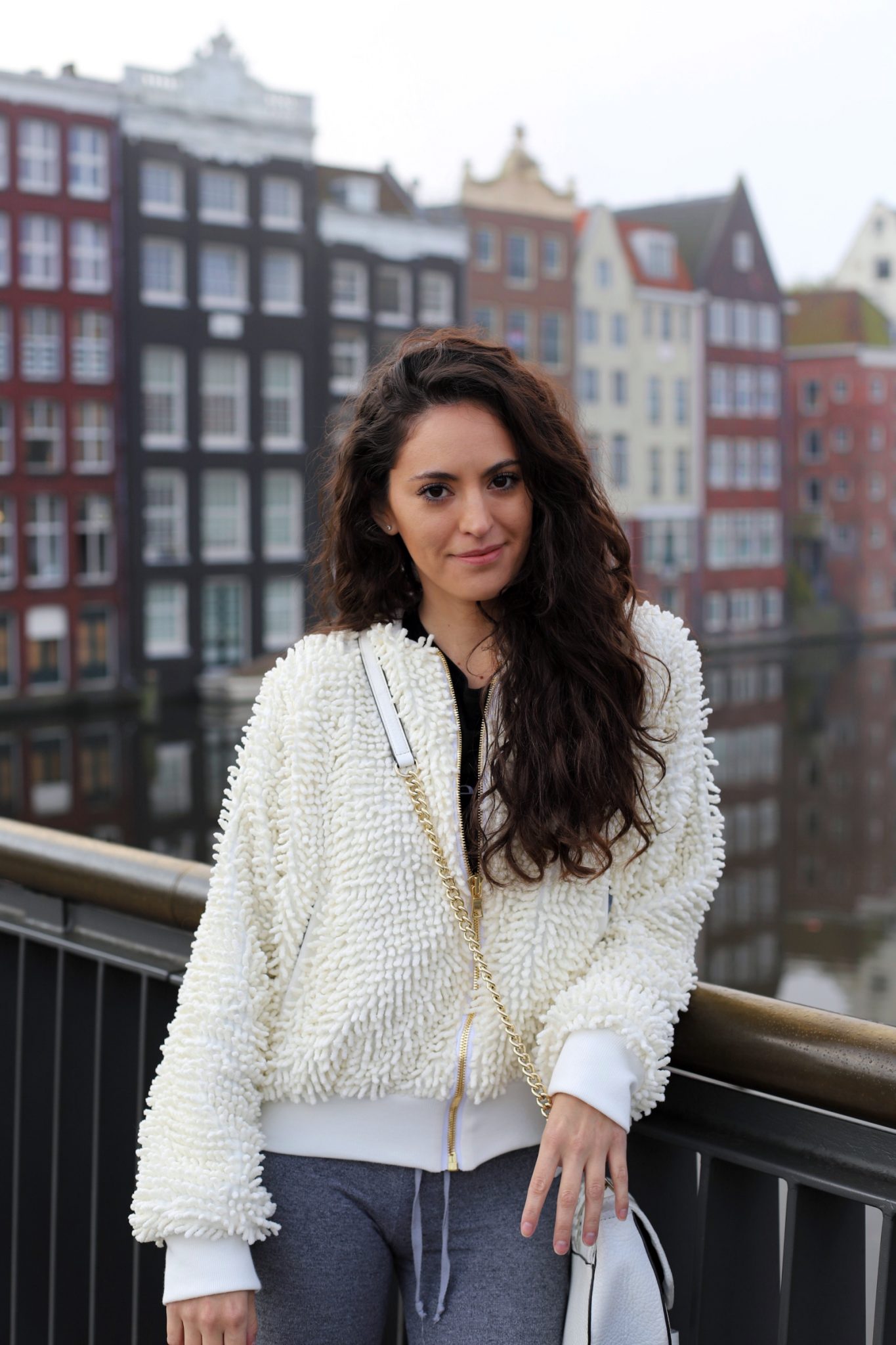 If you fly to Europe on Delta, you usually have a layover in Amsterdam or Paris. In the past, I’ve had 5-6 hour layovers in Amsterdam, but felt too anxious to risk it and leave the airport. What a huge mistake! It’s so incredibly quick and easy. Not to mention that literally everyone speaks English there. More than any other language from what I’ve seen. Even all the signs and advertisements in the airport are in English! This time, on my way to Venice with my best friend Claudia, we had 8 hours in Amsterdam. Definitely enough time to explore. We actually picked that flight on purpose so we could squeeze in a little mini visit. And I’m so glad we did.

Our flight landed in Amsterdam at around 5:30am. We were at the KLM sky lounge by 6 and got our new boarding passes for our next flight printed. We freshened up in the bathroom and at around 6:30am we started our journey to the city center. The first step was to find a baggage locker. We made sure we found one out in the main area of the airport – after we went through passport control. We locked our bags up for 7 euros (for up to 24 hours – not a bad deal!) and then went to go buy a train ticket to Amsterdam Centraal. We had no idea if this was the right one, but I mean, you have to assume, right? Don’t worry, it was the right place to go. It was 30 euros for two round trip tickets in first class. Even though no one checked our tickets on the way there. At 7:35am our train left the station. Three stops and just 17 minutes later, we were in Amsterdam Centraal. So quick!

Before we got there, we googled the best breakfast in Amsterdam. A lot of the places didn’t open until 8 or 9, so we just took our time getting to the city. It was really cold when we first got there – good thing I had my SHAGBOMB! This thing totally saved me on this trip! Luckily it did warm up as the sun came up; it got up to around 60 Fahrenheit. Anyway, we made a stop to get coffee right across from the train station at a coffee shop called Prins Heerlijk. After our much-needed coffee fuel-up, we walked around the city to explore. The canal right outside the coffee shop was so cute. Just look at the colorful buildings! 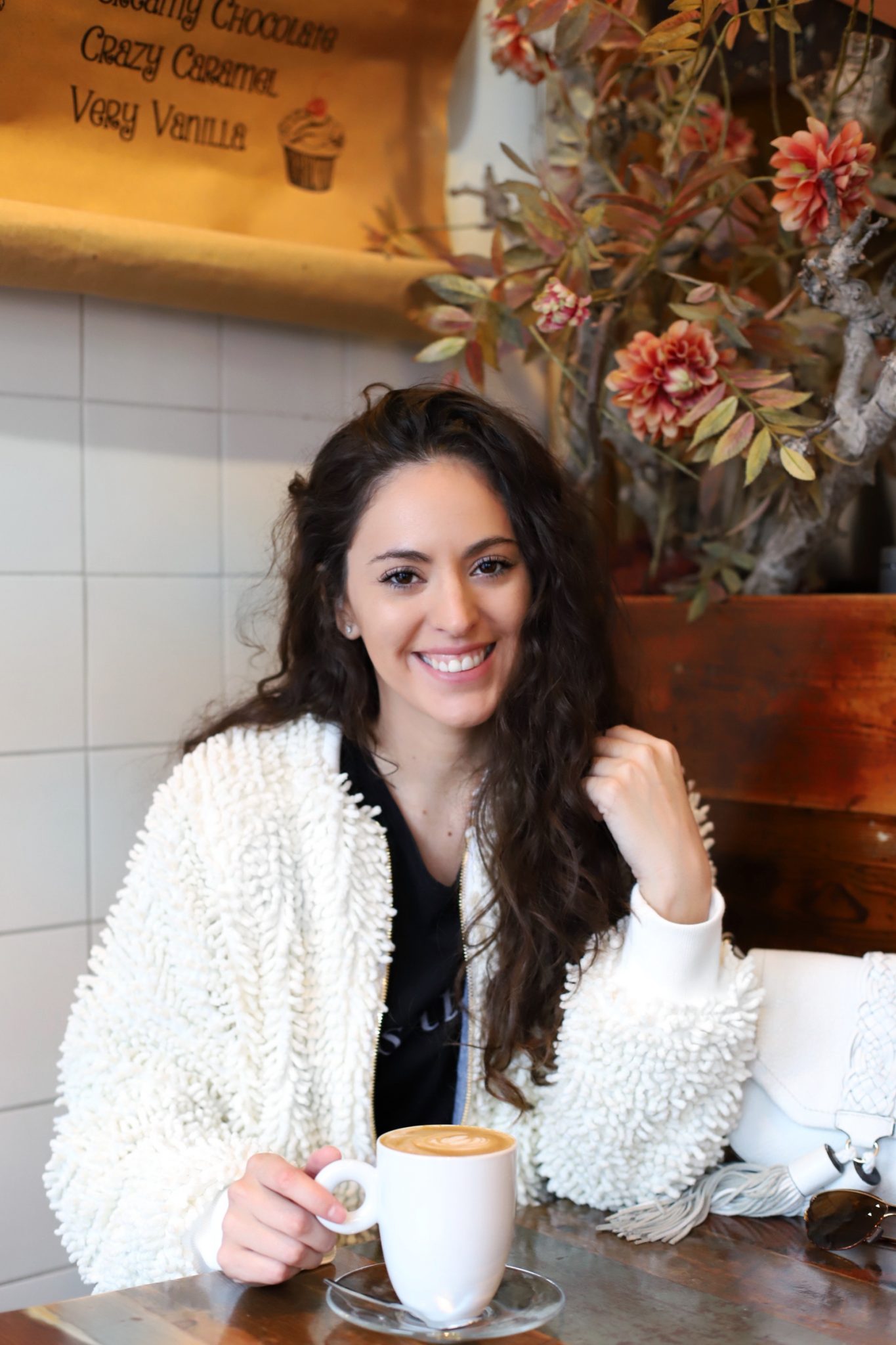 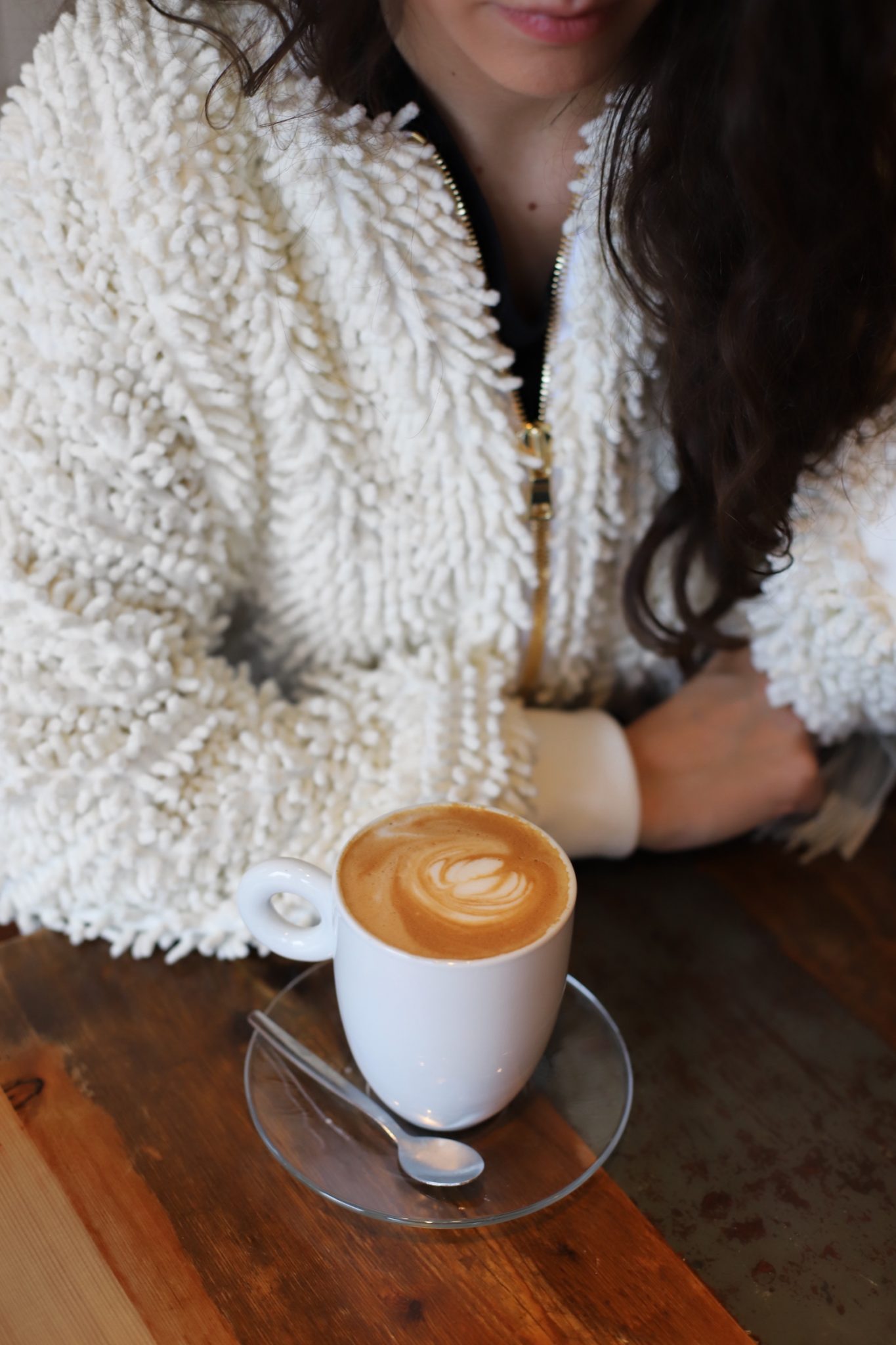 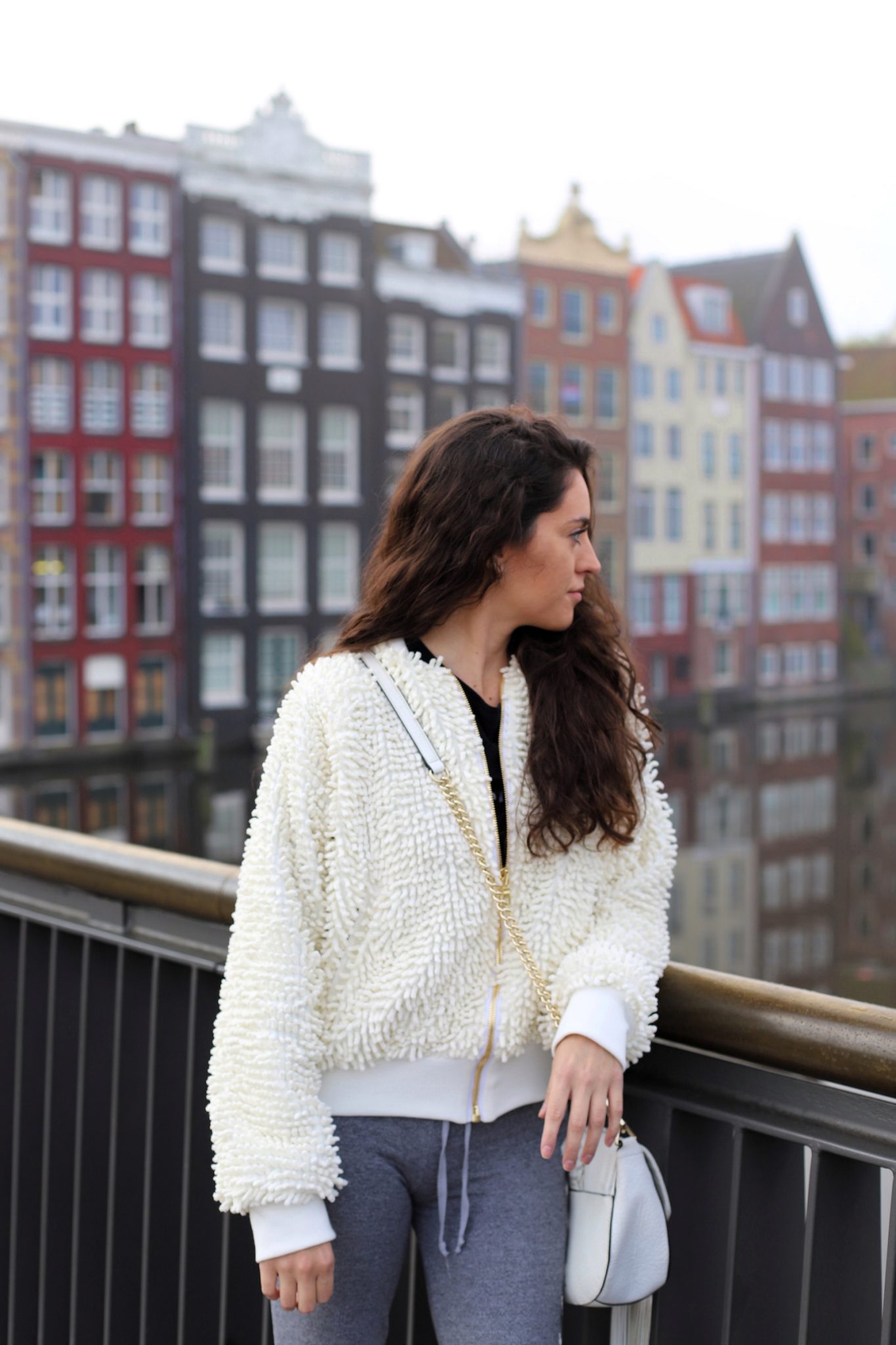 After we walked up an appetite, we discovered that one of the breakfast places we found on Google was just .1 miles away – definitely went to the right place! We walked over and the little breakfast shop, called Omelegg, was so cute! We both ordered the scramblicious–cheesy scrambled eggs on a croissant–and it came out so fast. Claudia and I both agreed that it was the best scrambled eggs we had ever had! 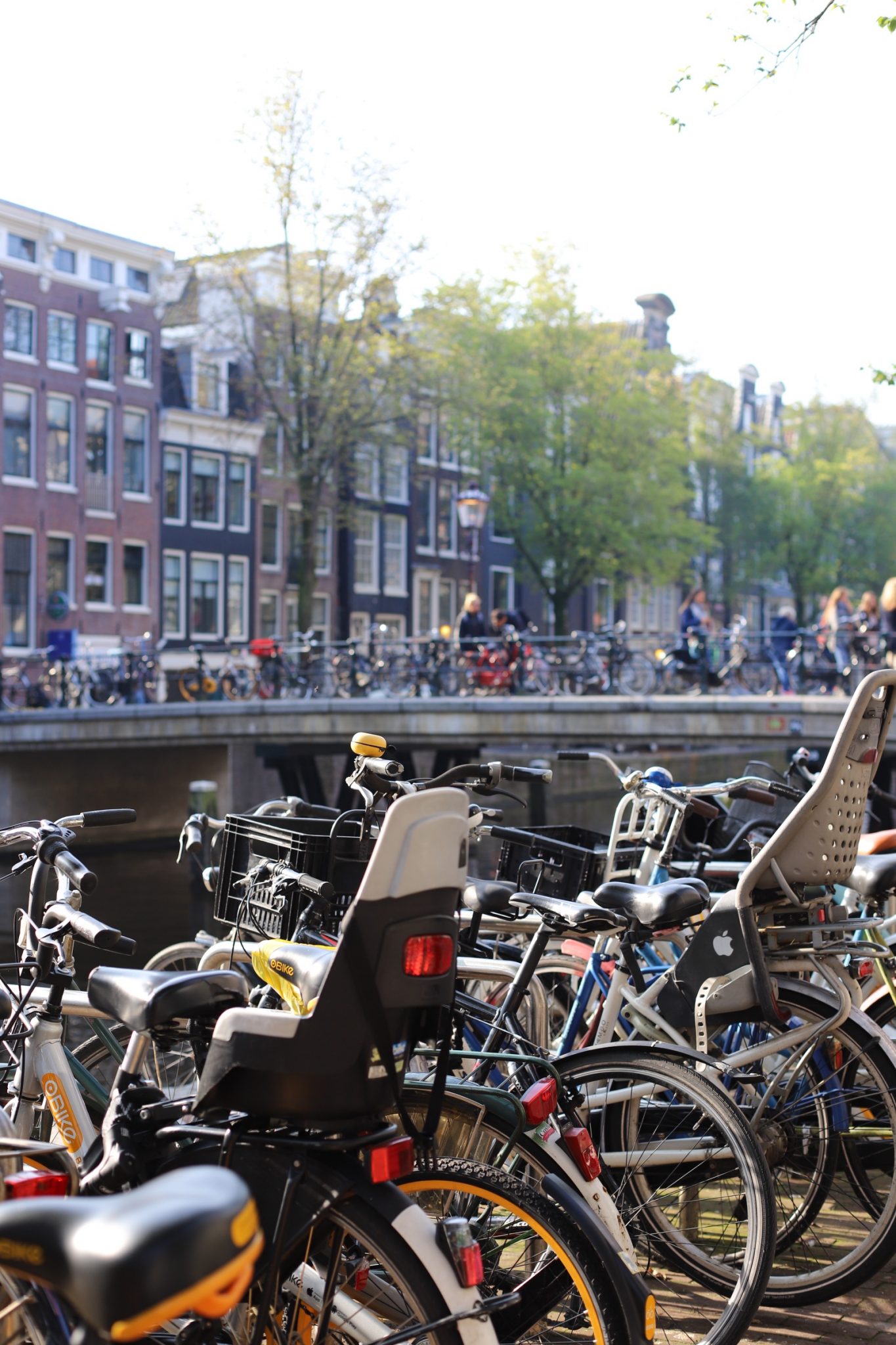 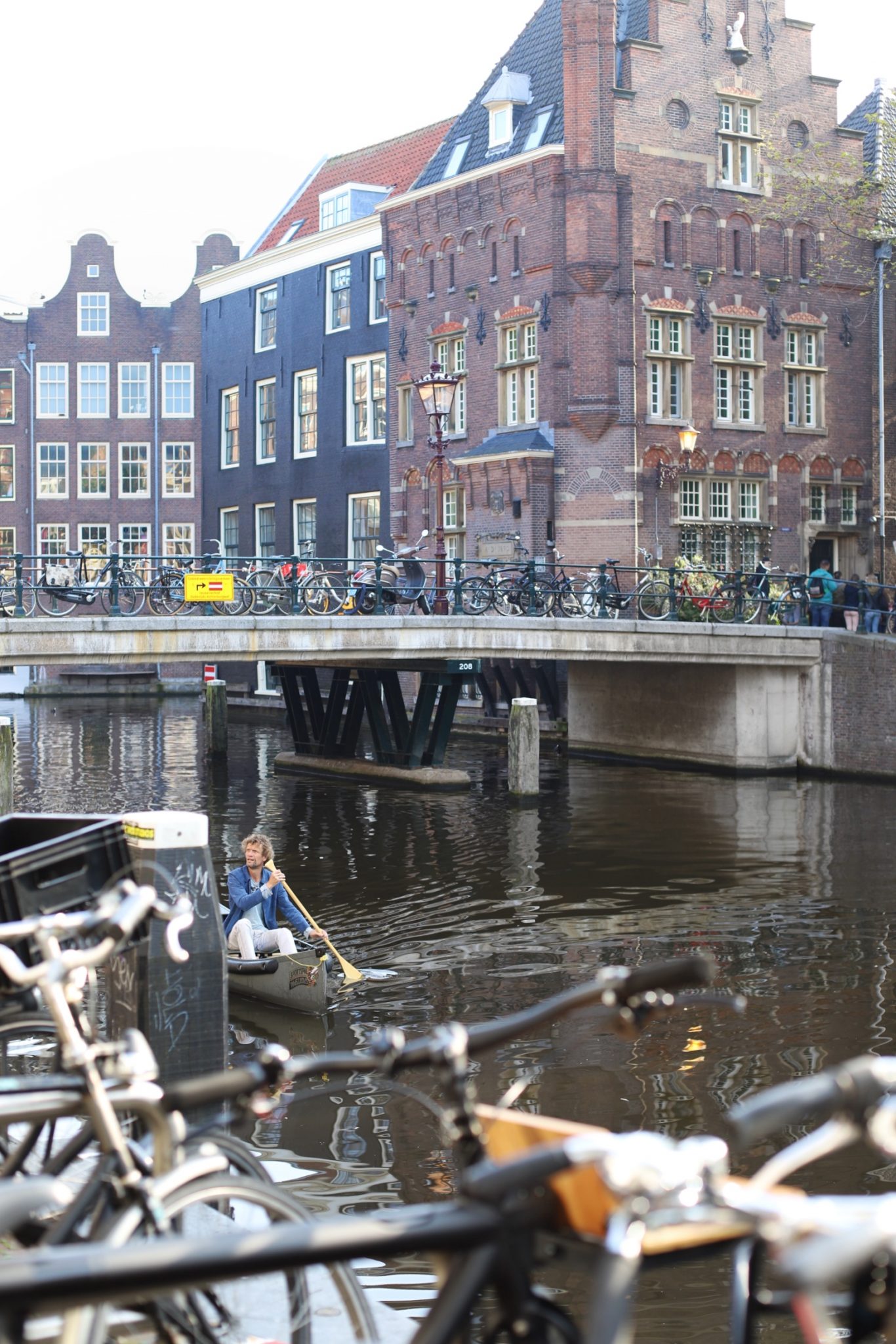 While we ate, we finally booked our Airbnb for Split, Croatia, which was in just 2 days (oops! #notaplanner) and Googled some more things to do. There was a museum within walking distance, so we decided to check it out. We were done around 9:30am, but just sat and talked until 10am, when the museum opened. On our walk over, we were along another canal full of bicycles and people. Classic Amsterdam! It was so cool that we got to see that iconic site during our 8 hours in Amsterdam.

The museum that we went to was called Ons’ Lieve Heer op Solder. It was this old huge house built in 1660. In the 17th century, there was a huge protestant revolution in Amsterdam, so it wasn’t accepted to be Catholic. People would turn their homes into churches so they could hold mass in private. This particular house/church was made a museum in the 1800s, so you know it’s old! It was really incredible to see such an old house in such pristine condition. They made us wear these shoe covers to explore, which helps keep everything clean and beautiful. Everything was so small. The ceilings were low too – in the home at least; they definitely weren’t in the church part. And the stairs were super steep. 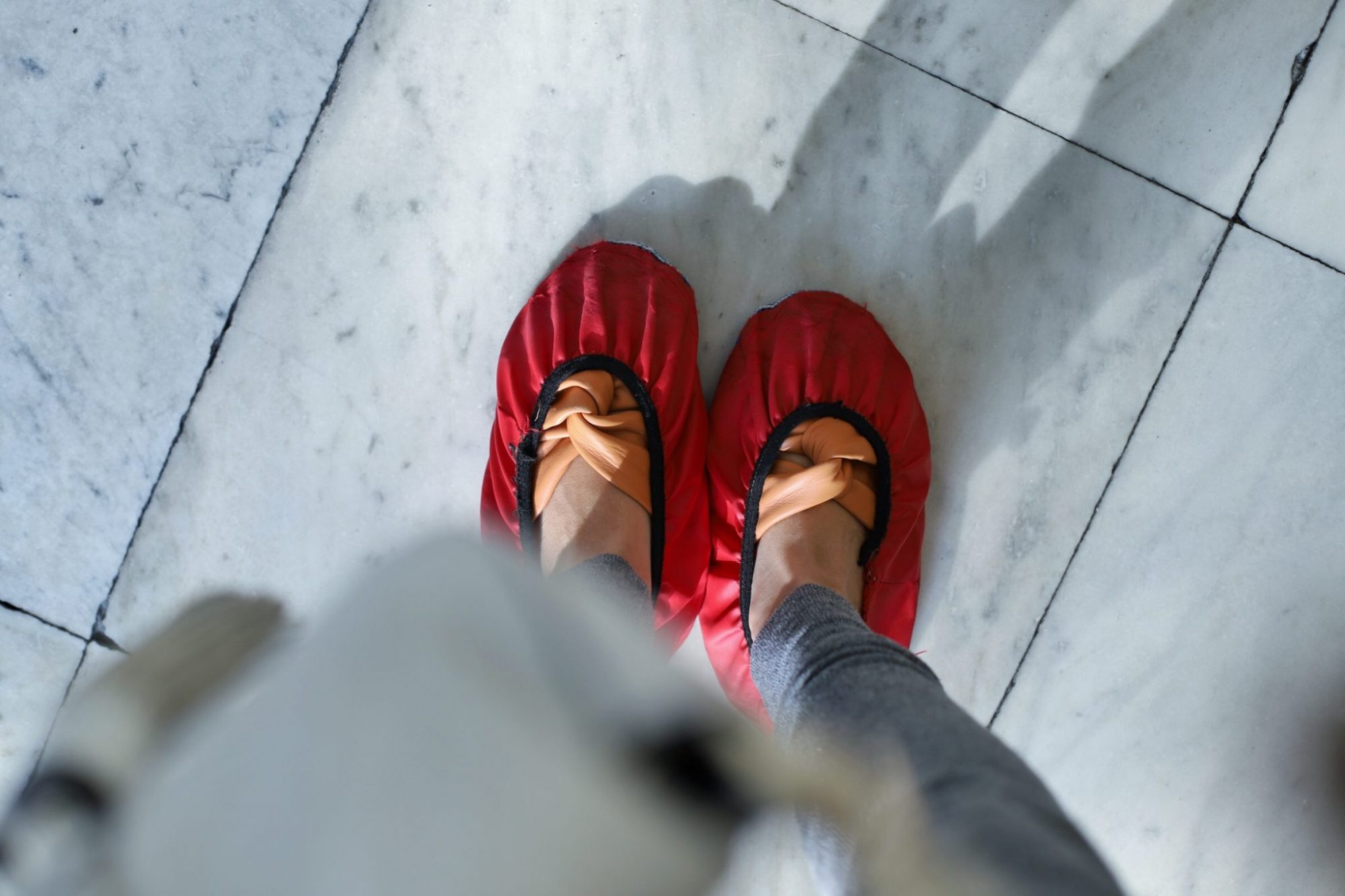 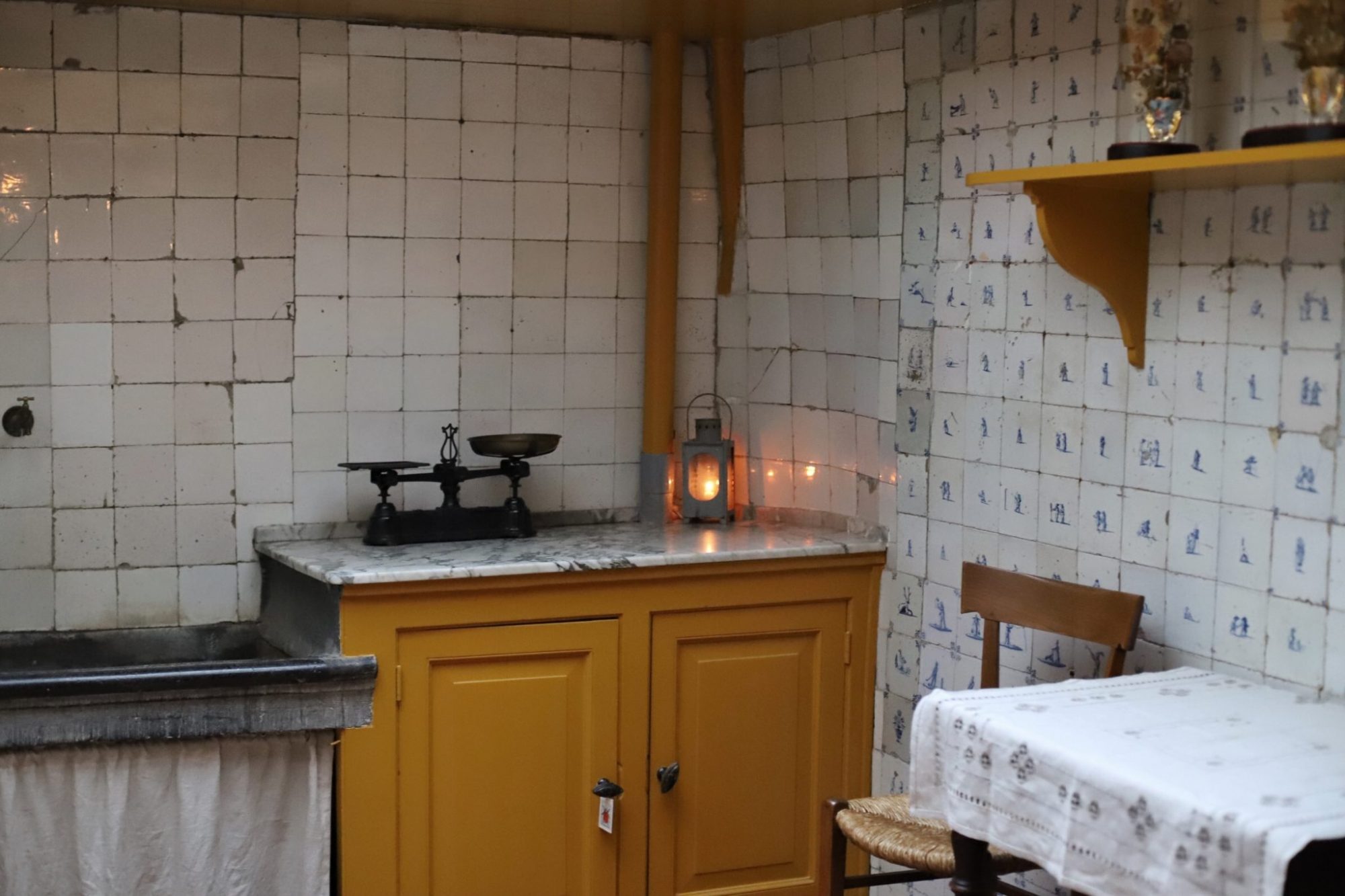 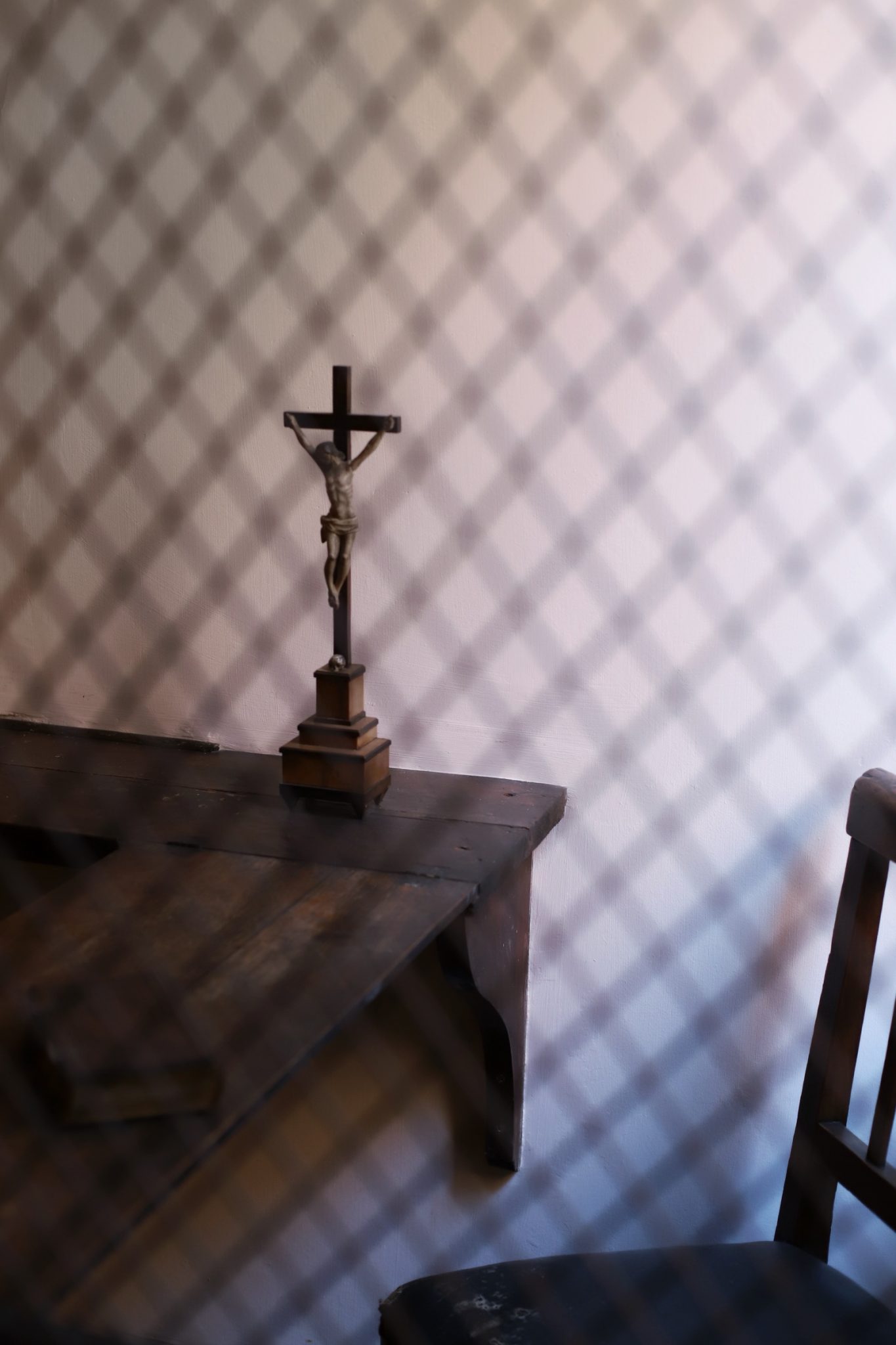 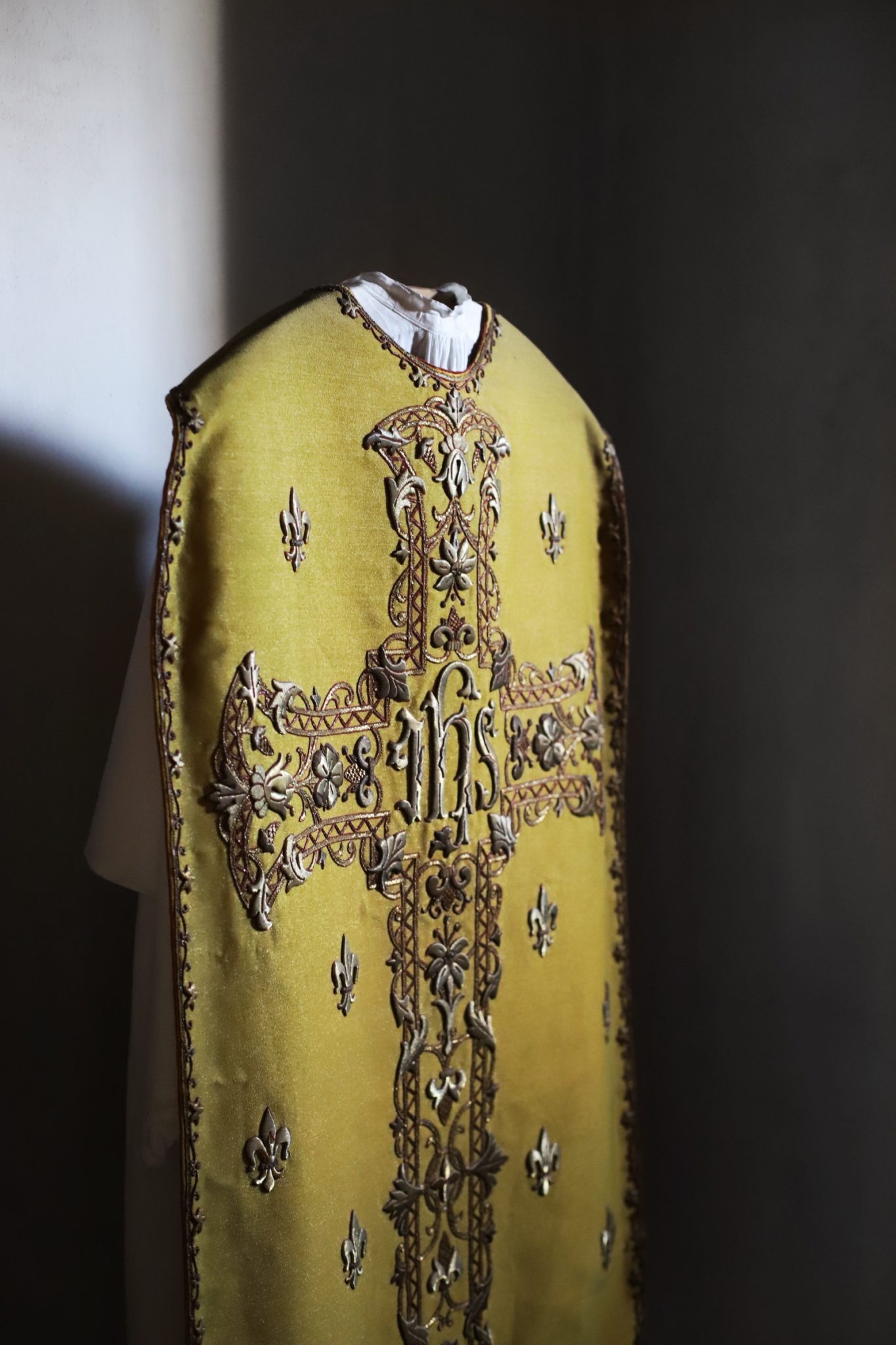 Do you see that the bed is basically in a little cubby hole?! There was another one that had like cupboard doors instead of curtains. No thank you. After the tour, which was just 10 euros each and came with a little audio guide, we checked out the gift shop, a cool fashion gallery space upstairs, and the cafe. Sadly the cafe was closed, but it was super cute! 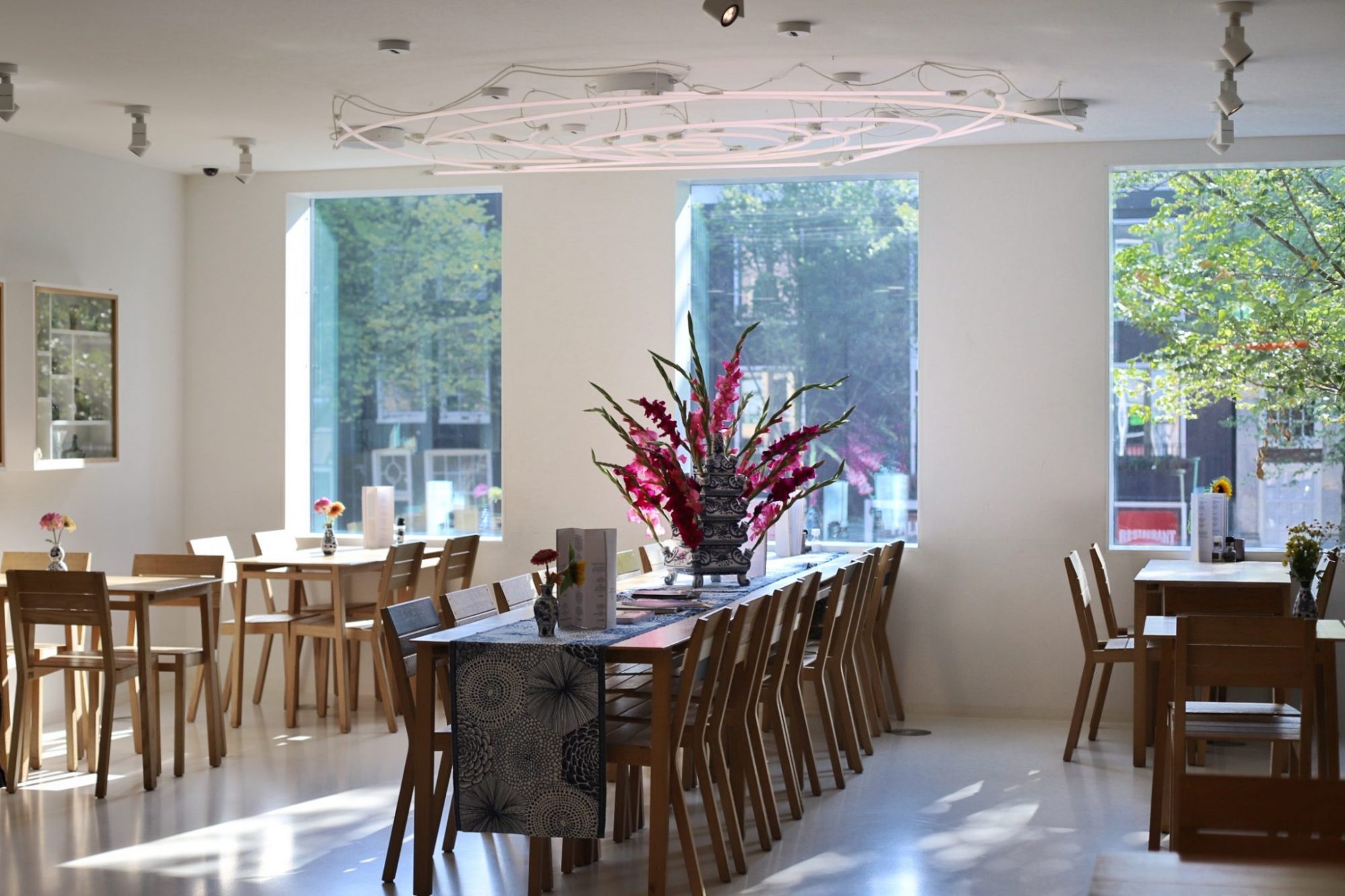 We left the museum at 11am and walked around a little bit before heading back to the train station. We caught the 11:22 train back to the airport and it was a straight shot with no stops that took just 13 minutes. I will definitely go into the city every time I have at least 3 or 4 hours in Amsterdam. It really didn’t take long at all! We were in the lounge (protip: get a Chase Sapphire Reserve card and you get a free Priority Pass membership – score!) about half an hour later and chilled there for a couple hours until we headed over to our gate at 1:30pm. We couldn’t believe that we grabbed coffee, went out for breakfast, walked around the streets along the classic Amsterdam canals, and visited a huge, exquisite museum all on a layover. We totally could have done even more during our 8 hours in Amsterdam. Next stop: Venice.

Have you ever explored a city on a layover?

This site uses Akismet to reduce spam. Learn how your comment data is processed.

You can find out more about which cookies we are using or switch them off in settings.

This website uses cookies so that we can provide you with the best user experience possible. Cookie information is stored in your browser and performs functions such as recognising you when you return to our website and helping our team to understand which sections of the website you find most interesting and useful.

Strictly Necessary Cookie should be enabled at all times so that we can save your preferences for cookie settings.

If you disable this cookie, we will not be able to save your preferences. This means that every time you visit this website you will need to enable or disable cookies again.